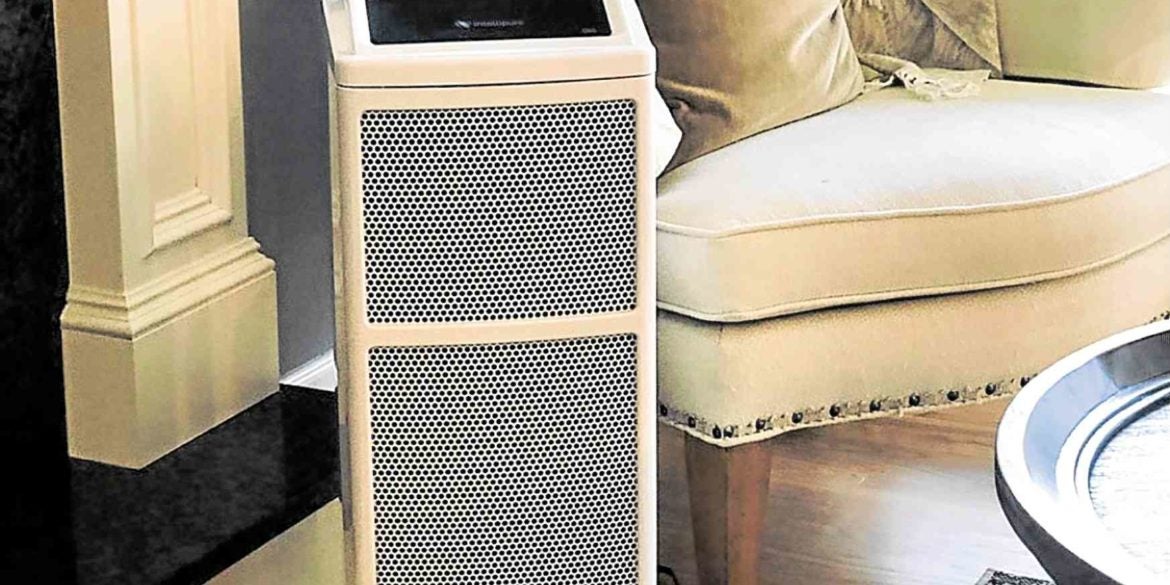 Allergens are everywhere, so even Scarlet Snow needs an air purifier

Being a parent means being constantly on the lookout for a good investment that benefits your children. There are investments that secure the future of your little ones that involve banks, mutual funds and insurance. But there are also investments that result in immediate comfort.

One is a foldable stroller for traveling. Another is a good air purifier, like Intellipure which entered the Philippine market recently and is now vying for a spot in your home.

It does not come cheap. The Intellipure Compact, for example, is P47,500. It is good for a 500-sq ft room. The cheapest Ultra Fine series comes with the hefty price tag of P89,000. But what you get for each unit is the promise of better health for your family.

Intellipure features a disinfecting filtration system, said to be better than a high-efficiency particulate air (Hepa) filter. Hepa filters are mostly used in hospitals and laboratories to keep the air clean. The DFS system has the technology to remove 99 percent of viruses, fungi, molds and bacteria in the air.

Nick Gitsis, founder of Air Intellipure, identifies benefits of air purifiers used at home. He said that it can reduce asthma attacks, symptoms of common colds, coughing and difficulty of breathing.

“There are also reduced symptoms caused by allergens such as dust, pet dander and chemicals. There will be less sinus headaches and appearance of eczema. There will no longer be lingering cooking smells in the kitchen,” he said.

He added that there are long-term benefits, too, for unborn children by reducing the pollution that causes stunted lung growth and mental and motor development.

He noted that it likewise reduces the chances of lung cancer, liver damage, cardiovascular disease and Alzheimer’s.

Dr. Lou Ver Leigh Manzon-Reyes, a pediatrician and a specialist on allergy, asthma and immunology, said that it is worth the price. She used to recommend air purifiers with Hepa filters because it was the only one available for the home. But now there is something better. You’ll feel that your money was spent wisely when you purchase an Intellipure for your home, she stressed.

“With all the invisible microorganisms that we have, you can’t remove it by just taking a bath or using alcohol. This can actually purify the air that you breathe. You spend more time at home. Less infections and less hospital admissions,” said Reyes.

She explained how an air purifier will stand against the cheaper and more accessible humidifier. The problem with humidifiers is that dust mites thrive in humid air. Reyes said that humidifiers work only during winter, a season we do not have in the Philippines.

Essential oils (EOs) are also a favorite alternative treatment of parents. Reyes said that EOs can work for some people, but for others they can be a chemical irritant that can cause asthma attacks, too.

Dr. Hayden Kho, cosmetic surgeon and father of Scarlet Snow Belo, is a believer in Intellipure. He said that he tried it because his “beloved daughter” Scarlet suffers from allergic rhinitis like him. She gets cold symptoms every morning and asthma attacks.

He said he thought that Scarlet was born with asthma. It was only recently that he found out that asthma can be acquired by children as young as 2 years old. He revealed she takes medicine to manage the condition. They tried Intellipure as an experiment.

“We tried the machine for three days, and on the third day she had no more cold symptoms. She wakes up without any signs of cold. The same goes for me, too. I wake up without the runny nose because of rhinitis,” he said.

His family loved it so much that they approached Gitsis for more units for their home, and their new clinics. He said that Belo clinics are relocating in the next few months and they will have them certified as Pure Wellness hubs. Getting that certificate means more than just filling up forms.

“To get that certificate, there is a four-day cleaning process before they start installing the filters to make sure that the air you breathe is very pure,” Kho said.